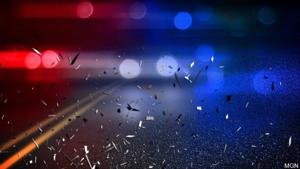 FOUNTAIN CITY, Wis. (WXOW) – One man is killed and five others injured in a three vehicle crash Wednesday afternoon between Fountain City and Cochrane in Buffalo County.

It happened just before 5 p.m. on Highway 35 at Henry Lane.

The Buffalo County Sheriff’s Office said a vehicle driven by Errol Doerr, 42, was northbound and slowing to turn left on Henry Lane. A vehicle driven by Kaylee Tiffany, 24, was also headed northbound behind Doerr’s vehicle. The sheriff’s office said she looked away from the road at her cellphone and when she did, she struck the Doerr vehicle.

The collision pushed the Doerr vehicle into the southbound lane where it was hit by an oncoming vehicle driven by Emma Allen, 18, of Fountain City.

As a result of the collision, two people in the Doerr vehicle, Denise Doerr, 39, and Samantha Doerr, 9, were flown to St. Mary’s in Rochester.

Errol Doerr was pronounced deceased at the scene.

Tiffany and the two people in the southbound vehicle, Emma Allen, and Emily Allen, 45, were taken to a local hospital for treatment.

The crash is still under investigation by the Buffalo County Sheriff’s Office and the Wisconsin State Patrol.

RSL gives up late goal, settles for 1-1 draw against Vancouver

Why haven’t there been hurricanes so far this year?