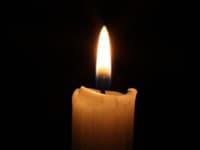 Jiří Kraus worked for more than 20 years in the Czech television news. A time also with his wife Marketa, who ended up going to Prima television.

Jiří was an avid cyclist and he continued his hobby even while vacationing in Croatia. However, this was his very last bike tour. “On Thursday 8/4, their family was hit by an incredibly sad event. Jirka passed away suddenly while cycling on vacation in Croatia. He was only 49 years old,” reads the page where the Czech television has created a fundraiser to support the family of its employee.

In addition to his wife, Kraus is survived by two daughters – Sofia, 16, and Viktória, 19. “The proceeds of the collection, which is organized by the head of news services and sports scenes of ČT, Jaroslava Voláková, will be used by the family to support the studies of the two daughters of Jirka”, it is indicated on the znesnaze21.cz website. Prima television also joined the collection, and the money raised has already exceeded the initial goal.

Our sincere condolences to the family.

Beat the January Blues and Say Goodbye to Blue Monday