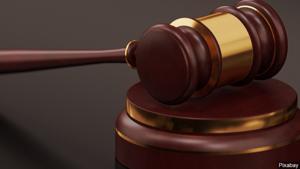 TOWN OF UNITY (WQOW) – Charges have been filed against a Fairchild woman following an accident last December when a man was seriously injured while picking up a recycling bin on the side of the road.

Ashley Heath is charged with nine crimes, including injury by use of a vehicle, OWI, and neglecting a child.

According to the criminal complaint:

Heath hit a man on highway 10 in the town of Unity, which is just east of Strum in Trempealeau County. His injuries included losing a limb, a severe traumatic brain injury, and he had to have a kidney removed.

After the accident deputies found drug paraphernalia in her car and text messages from Heath after the crash that said she had “smoked” before the crash and “was screwed.”

Heath’s one-year-old child was in the vehicle with her at the time, but was okay.

She is due back in court on Tuesday.

Here’s why many electric vehicles are so expensive