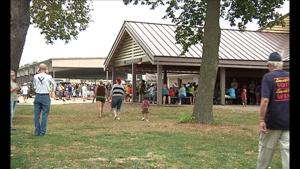 LA CROSSE, Wis. (WXOW) – The City of La Crosse is ready to present to the public its draft plans on the future of Copeland Park.

After gathering input from the community earlier this year, the city’s Parks and Rec Department has scheduled an Open House on Wednesday, August 17 from 6-7:30 p.m at the Black River Beach Neighborhood Center at 1433 Rose Street.

The public can also join virtually via Microsoft Teams.

During the input sessions, some of the things that the city focused on were the existing amenities and potential future features, adapting to changing environmental conditions like higher temperatures and increased flooding, and ideas to help support larger community events.

The city took that input and is ready to present a plan that incorporates those items plus a timetable for the projects.

No injuries after small helicopter crashes into power line | News