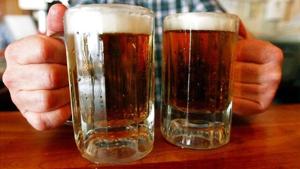 “Excessive drinking can significantly affect individual health, but it also has a cost for families, communities, and the health care system,” says Minnesota Commissioner of Health Jan Malcolm.  “The financial burden is staggering, and of course there are additional psychological and societal impacts and harms in addition to those measured here. It’s important that we acknowledge these impacts and find ways to mitigate them.”

The study, published Thursday in the American Journal of Preventive Medicine, says the greatest financial cost fell on those who drink excessively and their families, as well as government and health insurance providers. Other parts of society, including employers, also were found to experience negative impacts from excessive drinking.

Key findings of the report include:

Lost productivity accounted for almost three-quarters of the financial costs, including increased absenteeism, impaired productivity at work and at home, premature mortality, and incarceration.

About 3% of inpatient hospital treatments were attributable to alcohol, but these visits accounted for 35% of all inpatient health care costs.

For each alcoholic drink purchased, people in Minnesota experience an impact cost equivalent of $2.86.

Binge drinking contributed to 73% of the financial costs to society, or $5.7 billion. These costs are due to things like lost productivity, crime, motor vehicle crashes, and fetal alcohol spectrum disorder.

The study shows excessive drinking cost Minnesotans $7.85 billion in 2019, through lost productivity, health care costs, and other costs such as those related to criminal justice and motor vehicle crashes.  The total financial cost equals $1,383 per Minnesota resident.

Círová will never forget this horror! – This Is Ardee

Barnes, Jackson competing to back up Rising