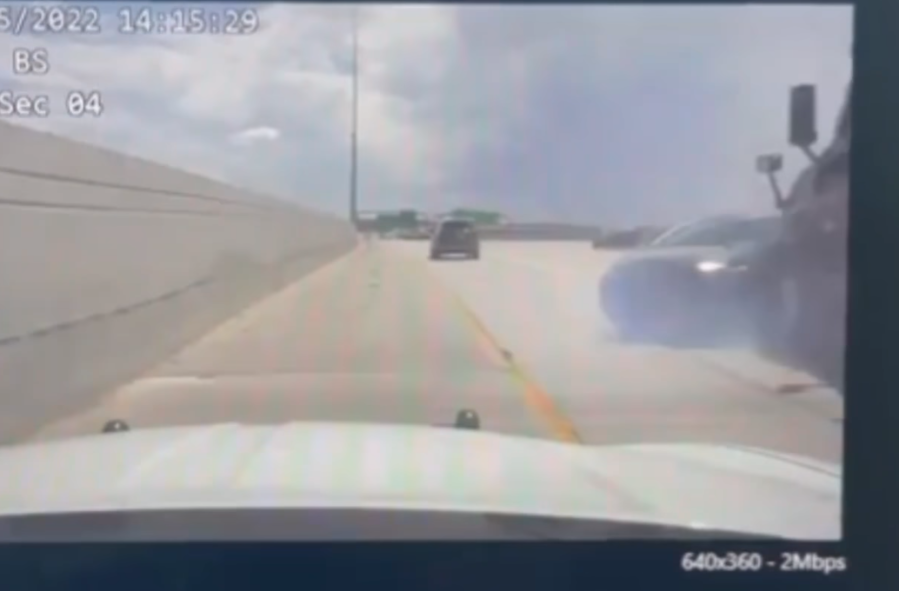 UTAH (ABC4) – In an attempt to recruit Troops who can think on fast feet, the Utah Highway Patrol (UHP) shared a video of an officer who was in the right place at the right time in order to prevent a potentially horrible outcome.

In the dashcam footage provided by UHP, the Trooper’s vehicle is seen driving on a highway alongside a semi-truck. Seconds into the video, another vehicle is seen crossing over in front of the semi-truck, which then strikes the vehicle head-on. The footage showcases the Trooper swiftly maneuvering his vehicle away from the incident, so to avoid it altogether. From there, the semi-truck is seen pulling over with the other vehicle still hanging on to it’s bumper.

UHP notes that all individuals involved in the incident were okay, and only minor cuts and injuries were reported as a result.

Along with their release of the video footage, UHP questioned, “Would you be able to react the way our Trooper did in this situation?” If so, the agency has announced that their application opened today.

If you think you have what it takes to be a UHP Trooper, you can fill out an online application here.