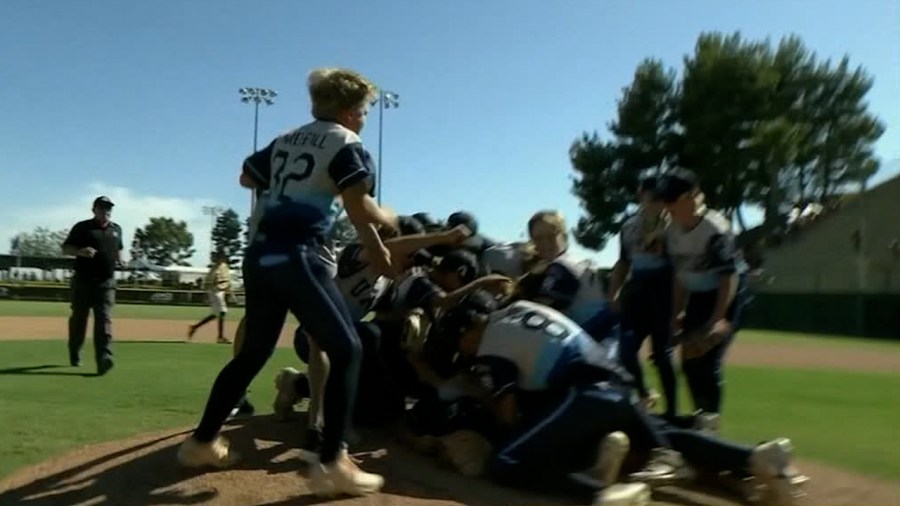 SAN BERNARDINO, Calif. (ABC4 Sports) – For the first time ever, a team form Utah is headed to the Little League World Series.

Colby Lamoreaux had five RBI, including a 3-run home run in the bottom of the third inning to break a 2-2 tie.

Lamoreaux also had a 2-run single to right in the first inning to give Utah an early 2-0 lead. Cody Ruffell scored Utah’s sixth run on a double steal in the fourth inning. Utah tacked on another run later in the inning on an error by Nevada.

Reggie Ence threw five strong innings on the mound for the Snow Canyon team, allowing just three runs. Brex Whitney shut the door in the sixth, getting the final out on a comebacker with the tying run at the plate to win the game.

Utah advanced to the championship game after a dramatic walk-off base hit by Colton Gainey on Tuesday against Nevada.

This is the first time there has been a Mountain Region in the Little League World Series, which will begin August 17th.

Utah was one of eight states to never have a team represented in Williamsport, until now.

Anne Heche ‘not expected to survive’ after crash

These are the best states to have a baby, study finds – where does yours rank?