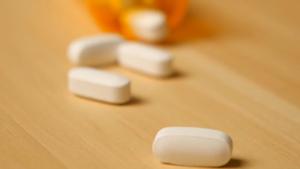 In the settlement with AmerisourceBergen, Cardinal Health and McKesson and pharmaceutical company Johnson & Johnson, Wisconsin is set to receive around $31 million dollars. The state received the first payment of $6 million in late July.

70% of the money is going to counties and local governments to fight the opioid endemic.

Emergency Medicine Physician Chris Eberlein at Gundersen Health System said the money would be a turning point in response to opioid-related incidents.

“I think it’s going to have a substantial impact on the how we can respond to the opioid endemic and we’ve been hitting some limitations due to funding,” Eberlein said. “I think this will significantly increase options and things that we can do for patients that are struggling with opiates.”

According to Wisconsin Health News, AG Kaul is still pursuing recoveries from Purdue Pharma and Mallinckrodt. He said they hope to recover tens of millions of dollars from both companies.

To stay up to date visit www.dhs.wisconsin.gov