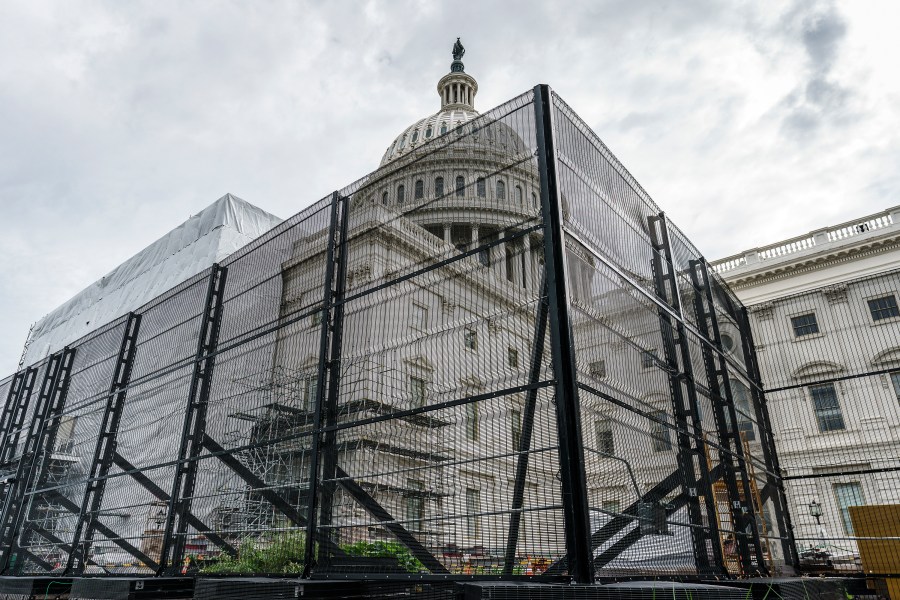 (The Hill) – An unidentified man fatally shot himself after crashing a vehicle into a barricade near the U.S. Capitol early Sunday morning, authorities said.

The man drove his car into the barricade at East Capitol Street and Second Street around 4 a.m., U.S. Capitol Police said in a press release. The man exited the vehicle, which became engulfed in flames, officials said.

The man then fired several shots in the air, Capitol Police said, alerting officers to the scene. They were approaching the man when he fatally shot himself, authorities added.

No one else was hurt at the scene and Capitol Police noted that it does not appear officers fired their weapons.

Authorities said that the man apparently was not targeting any members of Congress, who are on recess until Sept. 13.

Investigators are currently looking into his background and D.C.’s Metropolitan Police Department is handling the death investigation.

The incident follows the attempted breach of the FBI field office in Cincinnati, which led to an hours-long standoff with a suspect, who was later killed by police.

The incident came after the FBI executed a search warrant at former President Trump’s Mar-a-Lago estate in Florida, sparking heated rhetoric from his supporters. Republicans have decried the raid as a politically motivated stunt, with some calling for the FBI to be defunded.

Salman Rushdie ‘on the road to recovery’ after stabbing, agent says

GOP under fire for rhetoric over IRS

‘Great Grow Get Together’ to be held August 25th | Community