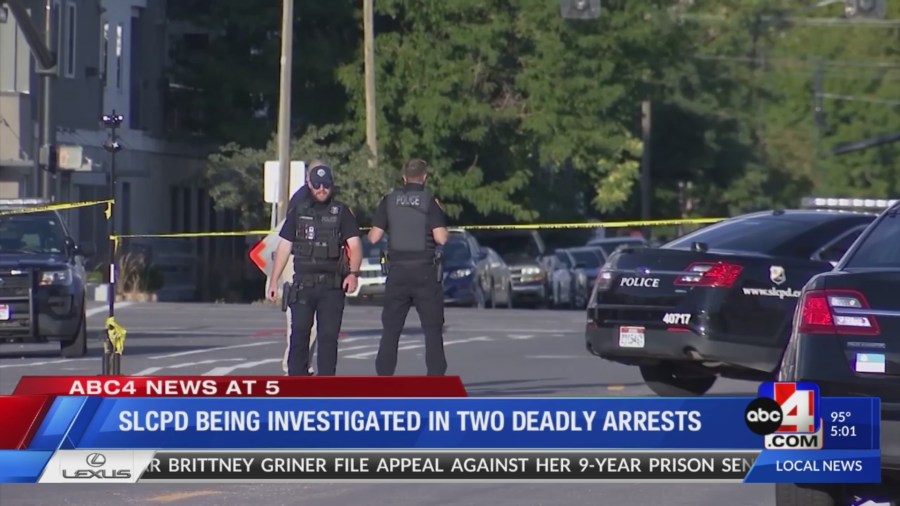 UTAH (ABC4) – Two incidents where a person in custody died shortly after police intervened are currently under investigation. In both incidents, the subject was believed to be on drugs.

According to experts who work with people recovering from drug addiction, police respond to these calls with very little information. They don’t know whether the person is experiencing a mental health crisis, if the person is on drugs, what drugs they’re on, or how the person will respond.

“Most EMS providers and police officers are unlikely to see [this] once in their careers much less twice, it’s rare,” former medical director for the Salt Lake City Fire Department Steven Joyce said.

During the incidents, police believe both people were on drugs and said they acted in ways that put themselves and others in danger.

Recently released bodycam footage showed officers holding a woman down who could be seen on video kicking and screaming at police.

“They’re going through a mental health crisis that was probably exasperated by drugs and there’s not a heck of a lot you can except if officers acted calmly and restrained her,” spokesperson for Odyssey House Randall Carlisle said.

Sunday a man died after being in police custody for allegedly trying to steal from a business and then fighting with officers.

Carlisle said it’s difficult to decide what to do in scenarios like these ones.

“There is no prescribed way to figure out what’s going on on a call like this,” Carlisle said.

He said police don’t know if it’s a mental health crisis, drugs, or both. But police do have to try and mitigate the problem.

“You act first as a public safety officer to prevent others from getting harmed and the patient and then you apply your very very limited medical knowledge hopefully while EMS is on the way,” Joyce said.

Joyce said the person can also be experiencing what’s called excited delirium and are more likely to resist intervention and to go into cardiac arrest due to a spike in adrenaline.

According to Joyce, the worst thing officers can do is restrict the airway by holding down or putting a knee on someone’s neck or chest, which he didn’t see in the released bodycam footage. SLCPD has not yet released footage from Sunday’s incident.