Barnes, Jackson competing to back up Rising 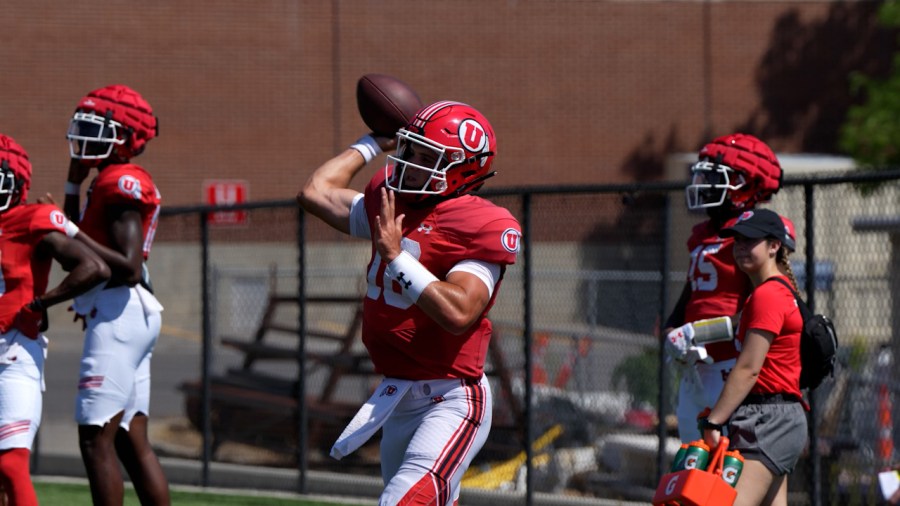 But rarely does a starting quarterback take all of the snaps in a season. So, if something were to happen to Rising, Bryson Barnes and Ja’Quinden Jackson are ready to step right in.

“If you’re a backup, then you’re one hit away,” Barnes said. “If you’re third string, you’re two hits away, and if you’re fourth string, then by golly, you’re three hits away. So you have to be ready for when that moment comes, if it ever comes.”

“I’m always ready,” Jackson said. “Even if stuff doesn’t pan out, I’m going to stay ready. If you stay ready, you ain’t got to get ready.”

After the first scrimmage of training camp, head coach Kyle Whittingham says Barnes and Jackson are in a dead heat. He hopes to name a backup quarterback after this weekend’s scrimmage.

“They both had outstanding scrimmages,” Whittingham said. “They’re the two guys that are competing. It’s down to them exclusively for the number two guy.”

Jackson played in three games last year. He didn’t throw a pass, but did rush for 30 yards and one touchdown. But when Rising went down with a concussion in Rose bowl against Ohio State, it was Barnes who came in and made his college debut, going 2 for 2 including a late touchdown pass.

If Barnes never threw another pass, he’d be the all-time leader in completion percentage.

“I think there’s a minimum for that,” he said with a laugh. “But you know, hard work is going to pay off in one form or another. Throughout the whole season, I was preparing as if Cam was going to go down every week. Finally, I was thrown in that opportunity, and it was like, are you ready?”

Barnes and Jackson have been pushing each other every day in practice, knowing the backup job is on the line.

“Bryson is a smart dude,” Jackson said. “He knows the game, for real. We basically sharpen each other and get better everyday.”

“From what we’ve seen and how he’s performed in practice, we have a lot of confidence in Bryson,” Whittingham said. “But JJ is one of the most improved players on the team.”

'When Thunder Roars, Go Indoors!': Tips to avoid being struck by lightning | News