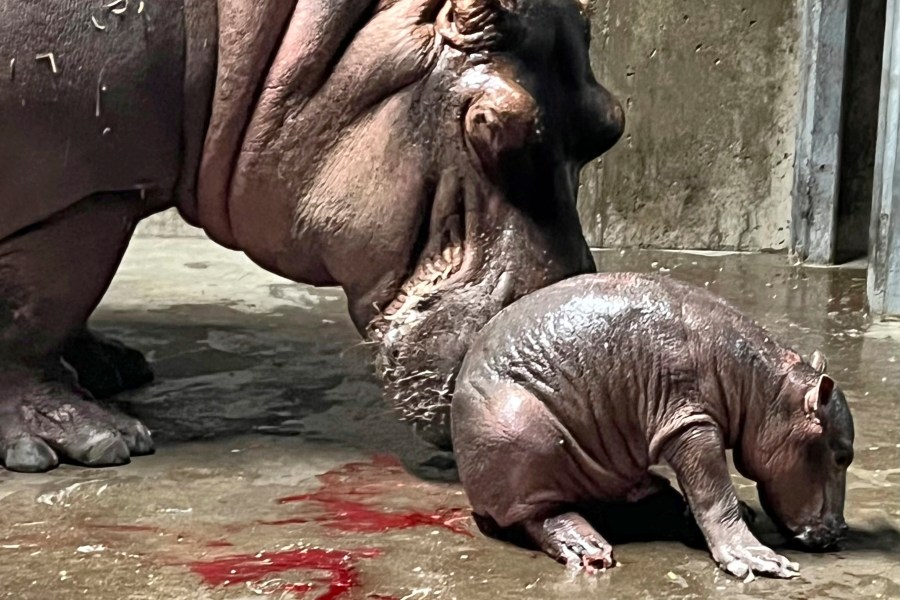 The Cincinnati Zoo has named their newest baby hippo, Fritz, after an online vote by tens of thousands of his adoring fans.

After over 90,000 name suggestions came in from every state in the U.S. and over 60 countries, zoo employees narrowed it down to Fritz or Ferguson — Fritz won with 56% of the vote.

“We would have been happy with either name, but we really think the name Fritz fits this spunky little guy’s personality,” Cincinnati Zoo’s head hippo keeper Wendy Rice said in a press release.

Fritz, a male, is a little brother to the zoo’s already famous hippo, Fiona. Fiona was born six weeks premature and wasn’t able to stand on her own, though now she is healthy and happy at the zoo.


Fiona gets a sibling: Baby hippo born at Cincinnati Zoo

Staff at the Cincinnati Zoo & Botanical Garden discovered the calf’s mother, 23-year-old Bibi, was pregnant around April Fools’ Day of this year. It came as a surprise because Bibi was on birth control.

“We also thought it was funny that it was suggested because Fritz is here due to Bibi’s birth control being ‘on the fritz’,” Rice said.

Only a few weeks old, Fritz spends his days bonding with his mother in a private enclosure, though the zoo said introductions will start soon.