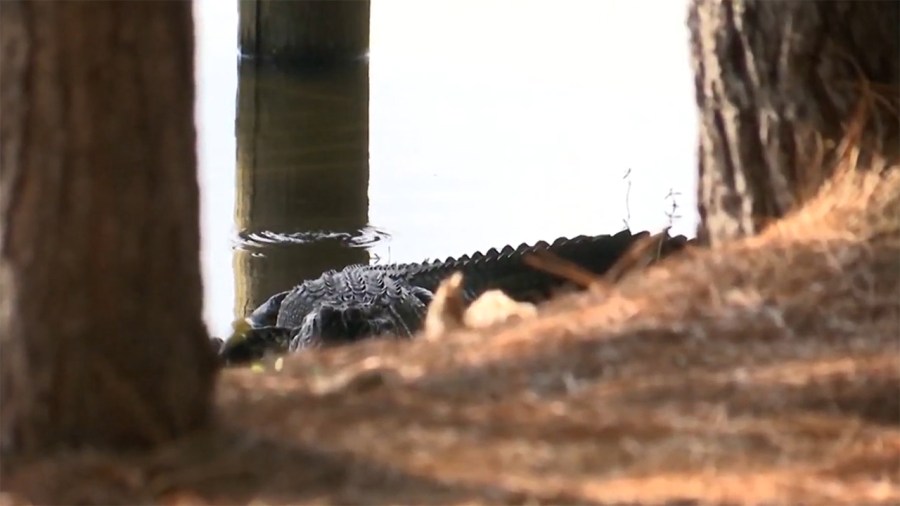 The Beaufort County Sheriff’s Office received a call at approximately 11:15 a.m. on Monday about a large alligator near the edge of a pond in Sun City, an age-restricted planned community on Hilton Head. The alligator was guarding what was believed to be a person.

Becker was on the ground near a lagoon. When the alligator was moved, the woman was revealed to be dead.

“When we responded, that’s what we observed, as well as that the alligator was basically holding her hostage, was guarding her and didn’t want anyone close by,” said Major Angela Viens with the Beaufort County Sheriff’s Office. “There’s no indication that it was a dog-walking event. That is what we commonly see and hear about in the Lowcountry.”

The nearly 10-foot-long alligator has been euthanized.

Monday’s attack marks the second time in four years a person has been killed by a gator in South Carolina’s Beaufort County. The previous deadly attack occurred in 2018.

The victim, Cassandra Cline, was walking near a lagoon in the Sea Pines neighborhood on Hilton Head and was dragged into the water, where she drowned. Her husband subsequently filed a lawsuit against Sea Pines Resort, Inc., claiming “gross negligence” on the part of the company.

The Only Adjustable Flat Pack Grill on the Market!