Jacob Conover ready to step in if needed 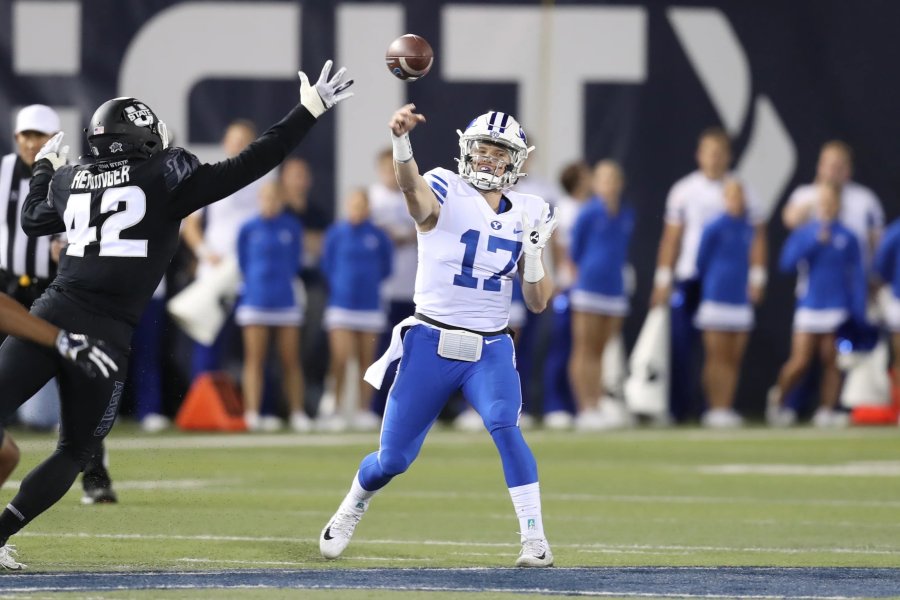 PROVO, Utah (ABC4 Sports) – Jaren Hall is expected to have another great season as the BYU starting quarterback. But in his four seasons with the Cougars, Hall has yet to play a full season.

So if he goes down again this year, Jacob Conover is ready to step in.

Conover has thrown just 10 career passes, but he feels comfortable enough in the offensive system to lead the team if needed.

Conover was a a 4-star recruit coming out of high school in Arizona, but last year he was third string behind Jaren Hall and Baylor Romney. This fall camp, Conover has looked much improved, showing off his strong arm.

“The biggest thing that has happened in my life is just being able to stay calm,” Conover said. “Just trust in the plays and trust in my eyes and then just believe in myself. I know that the coaches believe in me, so that confidence just reflects in my play.”

Conover may be the future at quarterback at BYU, but for now, he’s learning as much as he can from Hall.

“Through these past three years, our relationship has grown,” Conover said. “It’s a very mutual friendship in that we help each other on every play. I’m always behind him watching what he sees, and he’s doing the same for me. Then we always discuss how we can get better each and every play.”

Having a talented and experienced receiving group to work with, not to mention one of the best offensive lines in the nation, definitely helps.

“It’s nice to know that everyone knows what they’re doing,” Conover said. “It’s a very veteran offense. Everyone has full confidence in Coach Roderick as a play caller, and then in each other to execute those plays.”

BYU kicks off the 2022 season September 3rd against South Florida.