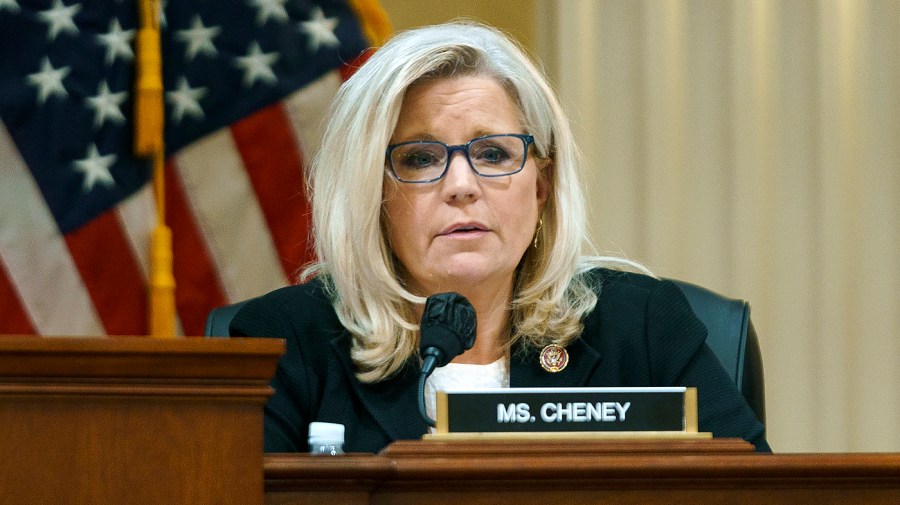 (The Hill) – Rep. Liz Cheney (Wyo.), a one-time ally of Donald Trump who became one of his most ardent Republican critics, is projected to lose her primary on Tuesday after a longshot bid to survive defying the former president and his influence over GOP voters.

NBC News and CBS News both called the race shortly after 10 p.m. ET.

Cheney was soundly defeated by Harriet Hageman, an attorney and former Republican National Committee (RNC) member who was endorsed by Trump last year. Hageman will be the heavy favorite to succeed Cheney next year as the deep red state’s lone representative in the House.

Hageman’s victory on Tuesday was the final — and perhaps most significant — milestone in Trump’s effort to purge the House of the 10 Republicans who voted last year to impeach him for his role in the Jan. 6, 2021, attack on the U.S. Capitol.

Of those 10, four opted not to run for reelection this year, while four others — including Cheney — have lost renomination to Trump-backed challengers. Only two have survived primary challengers so far: Reps. David Valadao (R-Calif.) and Dan Newhouse (R-Wash.).

Cheney’s primary loss is a particularly symbolic victory for Trump. After Cheney voted to impeach the former president last year, she emerged as a Republican bulwark against Trumpism, frequently criticizing Trump as an anti-democratic strongman with little, if any, regard for the U.S. Constitution.


208K borrowers will have $3.9B in student debt discharged by Education Dept.: Here’s why

That criticism landed her in hot water with her GOP colleagues and prompted them to remove her as the chair of the House Republican Conference.

The fallout didn’t stop there.

The RNC and Wyoming Republican Party voted last year to censure Cheney, and many of her fellow Republican members of Congress rallied around Hageman’s effort to oust her.

Cheney remained defiant. She was one of two Republicans tapped to serve on the House select committee charged with investigating the Jan. 6 Capitol riot and was eventually elevated to the role of vice chair.

All the while she faced brutal headwinds in her primary as Trump took a particularly keen interest in the race. His team spent months interviewing potential Republican challengers to Cheney and the former president himself fielded meetings with some candidates before weighing in on Hageman’s behalf.

The result was a significantly narrower primary field that turned the race into a clear choice between a steadfast Trump ally and Cheney.

Speaking to supporters on Tuesday evening after Hageman was declared the winner of the primary, Cheney made the case that she would have won her primary had she been willing to go along with Trump’s false claims about the 2020 election and his efforts to overturn the vote. Ultimately, she said, she couldn’t bring herself to do so.


IRS increases what teachers can deduct for classroom expenses

“Two years ago, I won this primary with 73 percent of the vote. I could easily have done the same again,” she said. “The path was clear. But it would have required that I go along with President Trump’s lie about the 2020 election. It would have required that I ignore his ongoing efforts to unravel our democratic system and attack the foundations of our Republic. That was a path I could not and would not take.”

Cheney’s biting criticism of the former president was an unusual turn for the three-term Wyoming congresswoman, who endorsed Trump six years ago during his 2016 White House bid and maintained that support even as many Republicans distanced themselves from him following the release of a recording in which Trump was heard making vulgar remarks about women.

As a member of Congress, Cheney also voted in line with Trump’s positions nearly 93 percent of the time, according to the data website FiveThirtyEight.

But it was the aftermath of the 2020 presidential race and Trump’s claims that the election was rigged against him that pushed Cheney to a breaking point from which she would never return.

Even in the leadup to the Tuesday primary, as polling showed her trailing Hageman by wide margins, Cheney was unapologetic in her criticism of Trump. Earlier this month, her father, former Vice President Dick Cheney, cut a campaign ad for her in which he railed against Trump as a “threat to our Republic.”

Liz Cheney also did little to rally conservatives to her cause. In the only debate of her primary contest, the Wyoming congresswoman used her closing statement to tell voters that if they disagreed with her brand of politics, they should cast their ballots for another candidate.

“I’m asking you to understand that I will never violate my Oath of Office,” Cheney said. “And if you’re looking for somebody who will, then you need to vote for somebody else on this stage.”