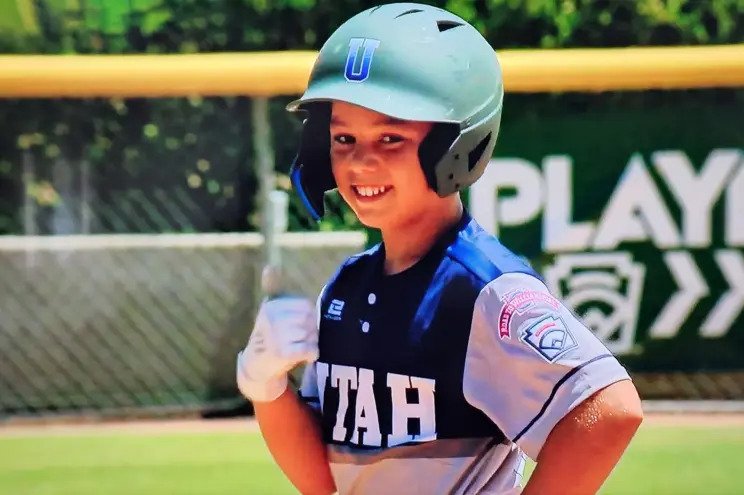 But just two days after beating Nevada to in the Mountain Regional, starting left fielding Easton Oliverson fell some six feet out of his bunk ben in Williamsport and had to be rushed to the hospital for emergency surgery.

Doctors had to repair a skull fracture and reduce swelling in his brain. Oliverson is still in the ICU and listed in critical condition, but there are signs that Easton is going to be OK.

“He had a friend call Easton and talk to him,” said Snow Canyon head coach Mark Ence. “Easton is still sedated, but Easton was able to give a thumbs up with both of his hands. The texted this morning again and said that prayers are working. A lot of people are pulling and praying for him.”

Ence’s job now is to get his players’ minds focused on baseball, while playing for Easton in their hearts.

“We don’t play until Friday,” Ence said. “So right now, we’re getting some practices in everyday, some hitting in everyday. They’re running around being kids, which is really good.”

Easton’s dad Jace is an assistant coach for Snow Canyon, and he wants the team to continue on.

“[Jace] made it a point to say, we want you guys to focus on the baseball part and not worry too much about Easton,’ Ence said. “But to continue on why we’re here and keep the baseball going.”

As one of just 10 teams representing the United States at the Little League World Series, this Snow Canyon knows they have accomplished a lot already. But they also wonder, why not us? Afterall, this team already had two come from behind wins in the regionals including a walk-off win in the semifinals. So they know how to play facing adversity.

“When you think about the numbers, it’s crazy,” said Brex Whitney, who was on the mound for the final out in the clinching victory. “With all the Little League teams, then only 10 from the U.S. make it, it’s surreal.”

“We talked about that with the kids about bending and not breaking,” added Ence. “Resliency is one word to describe these guys.”

Snow Canyon will play its first game Friday at 1:00 p.m. MT on ESPN.

COVID coordinator warns pandemic could get worse if US does nothing

Mountain Camping Tips you Need to Know in 2022