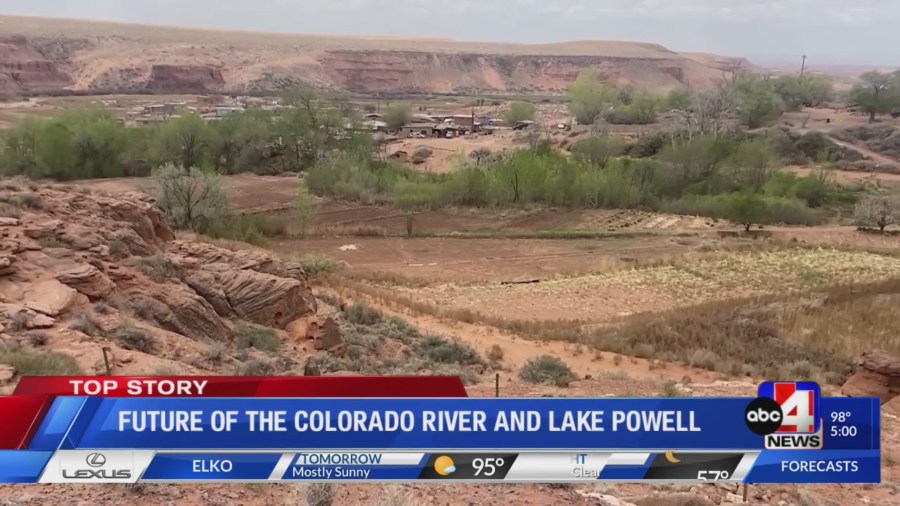 UTAH (ABC4) – Today, in response to the drought, the federal government announced it will restrict the volume of water released from Lake Mead and Lake Powell next year. Two months ago, the U.S. Department of the Interior threatened to implement strong water cuts in Utah and seven other states in the Colorado River Basin. While changes will be made at Lake Powell, Utahns will not be facing water cuts at this time.

If you’ve even been to Lake Powell, you know that it truly is an oasis in the desert. However, it is an oasis that is shrinking at alarming rates.

“The system is approaching a tipping point and without action, we cannot protect the system and the millions of Americans who rely on this critical resource,” Camille Touton stated during a press call Tuesday morning. Touton is the commissioner of the Bureau of Reclamation. She was referring to the critically low water levels at Lake Powell and Lake Mead. The two lakes are the largest reservoirs in the United States. They are vital to millions of Americans. Touton added, “And due to declining reservoir levels, downstream releases will be reduced again in 2023.”

The bureau reducing the water released from Glen Canyon Dam (at Lake Powell) by about half from an average year. This reduction will be more than two trillion gallons during 2023. The bureau estimates that by doing so, the reservoir water elevation will increase four feet by the end of the year. For the plan, click here.

“Almost two-thirds of the water used in the river is used in the lower division states,” Gene Shawcroft, Colorado Commissioner of Utah, told reporters. Utah is part of the upper basin states.

Arizona, Nevada and Mexico will willing reduce water use next year. This was a plan implemented back in 2019. However, some say this is not enough.

“We’ve been kind of ringing this bell for many, many years that we’re charging towards an unsustainable future for this resource,” Glen Canyon Institute Outreach Director Jack Stauss stated.

“We need to develop as many tools as possible to be able to handle the circumstances that we see going forward. We have unprecedented resources now,” Tanya Trujillo explained. The Assistant Secretary for Water and Science for the U.S. Department of the Interior told reporters that the Bipartisan Partisan Infrastructure Law and the newly signed Inflation Reduction Act will provide more than $12 billion to be used to address the drought in the western states.

A portion of that money will be used to study the Hoover Dam and Glen Canyon Dam. According to the Bureau of Reclamation, the dams need to be studied to understand more about their structural integrity, if they can provide water below dead pool, and what needs to be done to improve their functionality.

Zacahry Frankel added, “We should have initiated this construction study five years ago so that we were building bypasses today.”

These cities have the fastest-growing housing prices, according to Redfin