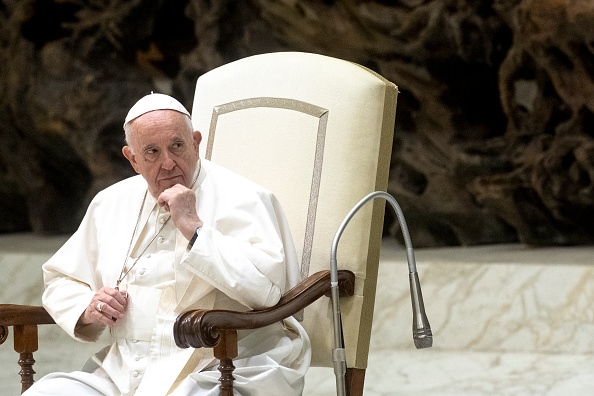 (NewsNation) — Pope Francis was greeted by an unexpected visitor during his latest sermon.

A curious young boy was roaming the pews for some adventure, and was warmly greeted by the pope.

Each Wednesday, the pope holds a service during which he greets visitors from around the world, and shares a message and benediction.

The message of this sermon just so happened to be about the relationship between the world’s youth and the elderly.

Pope Francis recalls ”in the hearing we talked about the dialogue between old and young, this child was brave, and he remains calm!” he said with a smile.

This isn’t the first time Francis has shown his charisma. In 2014, he welcomed his mini me for a hug and kiss, even though the boy seemed less than impressed with the extraordinary attention given to him.

The pope seems to enjoy having youth steal the show, letting them bask in the limelight, calming mortified parents by comforting their children, and showing them that religion is about embracing those around you. and being humble in all walks of life.