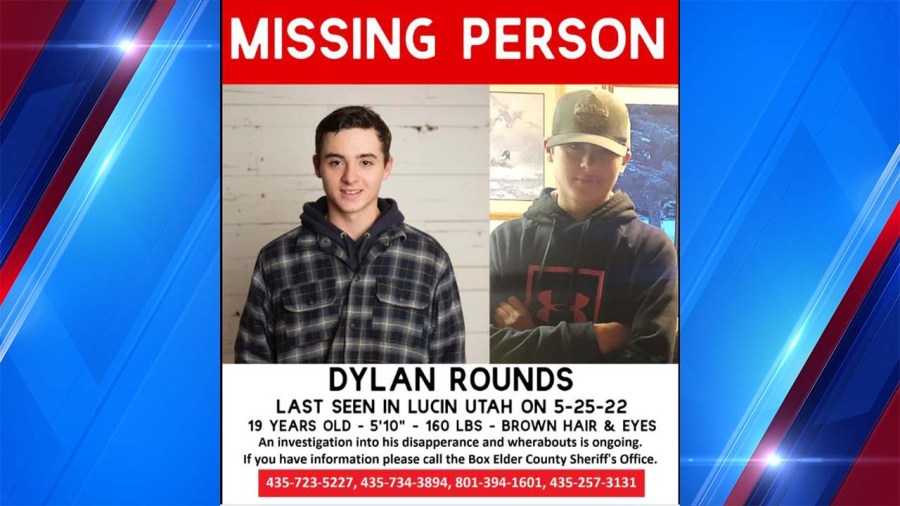 SALT LAKE CITY (ABC4 Utah) – A vehicle fob mysteriously was placed back into Dylan Round’s camper after he disappeared.

The fob belonged to Rounds. His pickup truck was parked outside. It had been power washed, perhaps in an effort to cleanse the vehicle.

The new information was found accidently on a NamUs website. NamUs is the national data base for missing persons and unidentified persons.

Dylan Rounds is on the data base. The information on NamUs page said “truck was locked and the key fob was missing. however, the key fob was brought back and placed in the residence by unknown person.”
It caught Candice Cooley, Rounds’ mother, off guard.

“I had disputed that in interview after interview because I was told to do so,” said Cooley. “It doesn’t get leaked to the media. We don’t want to jeopardize finding our son. And to find out Box Elder releases it?”

She said she received an email from Box Elder stating it was mistakenly placed on the page and has since been removed.


Police search for missing teen out of Holladay

Cooley said it’s another example of the lack of transparency by Box Elder County Sheriff’s Department which is investigating the disappearance of the 19-year old.

Rounds vanished Memorial Day week-end and hasn’t been seen since. He was operating his own farm near the town of Lucin in western Box Elder County. His boots were found on his property and his pickup truck was also discovered, but there was no sign of Rounds.

In early June, the sheriff named James Brenner a person of interest in the disappearance of Rounds. Brenner is currently in the Weber County Jail where he is facing unrelated charges of a gun violation and an assault.

On Monday, his property–which is located near Montello, Nevada–was the focus of a search warrant. Cooley said she learned about the warrant from the FBI. She said Box Elder never mentioned anything about it.

“Box Elder is still lead,” she said. “But they don’t communicate with us. They don’t say anything. We have no clue.”

“We were told it’s of no concern,” she said.

Tuesday, the Elko County Sheriff’s Office posted on their Facebook page that they had assisted Box Elder in searching Brenner’s property but “no items of interest or evidence was discovered on the property during the search.”

Meanwhile on the Box Elder Sheriff’s Facebook, there was no mention of the search warrant.

“We’re back at this complete dead stall,” Cooley said. “I’ll be honest with you, the last time I talked with anybody, an actual voice talking is June 16th from Box Elder County.”

On Monday, Cooley sent the Sheriff’s Office an email asking them to step down from investigating her son’s disappearance.

“Turn it over to another agency, let’s get some help,” Cooley said.

Since early June, the Box Elder Sheriff’s Department has not returned any of ABC4’s request for comment on stories about Rounds’ disappearance.

Wednesday was no different. A person at the Sheriff’s front office said their spokesman was out of town and unavailable for comment.

There is a $100,000 reward offered for information that can help solve Rounds’ disappearance.