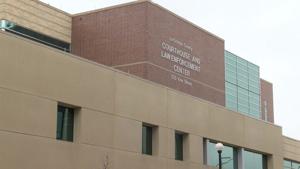 LA CROSSE, Wis. (WXOW) – Two outside agencies are investigating the apparent suicide of a male inmate in the La Crosse County Jail.

According to the La Crosse County Sheriff’s Office, on Sunday morning at 6:47 a.m., corrections officers found an unresponsive inmate who appeared to have attempted to commit suicide.

The officers and jail nurse began life-saving efforts before the man was taken to Mayo Clinic Health System for what the sheriff’s office said was advanced care.

On Thursday afternoon, the sheriff’s office said that the man, identified as John L. Koskovich, 31, of Mindoro, had died.

An internal investigation is underway according to the sheriff’s office into Koskovich’s death.

The Monroe County Sheriff’s Office and Wisconsin Department of Corrections are also working on an independent review of the incident.