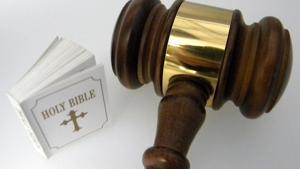 In a statement released Thursday afternoon, the diocese said they recently learned that Ubaldo Roque Huerta was charged in Winona County for the offense which took place in December 2020.

At the time of the offense, the diocese said they were “actively working toward his laicization”, or removing him from the clerical state.

The diocese said that Roque Huerta was ordained a priest in the Diocese of Winona-Rochester on June 28, 2008. He then served by providing ministry to the Hispanic community in several parishes including The Cathedral of the Sacred Heart and Saint Casimir in Winona, Saint Chares Borromeo in St. Charles, Saint Aloysius in Elba, Holy Redeemer in Eyota, and St. Francis of Assisi in Rochester.

He didn’t have an assignment in the diocese since 2018. His faculties were suspended in November 2019 according to the diocese.

The statement said that they’ve been working and cooperating with law enforcement regarding the allegations against Roque Huerta.

The statement concluded with, “The Diocese prays for the healing of all who have been abused and encourages anyone who has been victimized or assaulted to immediately report it to law enforcement. Abused persons are not at fault, and deserve proper care in their recovery.”

At least 2 die after planes collide in California

At least 2 die after planes collide in California

Onalaska Walmart gives back to the community | News