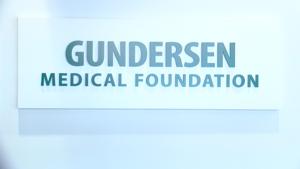 LA CROSSE, Wis. (WXOW) – The Gundersen Foundation expects to open their new office space in September, but the organization allowed the media to tour the facility Thursday.

Located along 3rd Street in the old Wettstein’s building, it sits right next to the hospital’s dental office. The space will hold dinners and events for donors and guests once it officially opens to the public. Some employees currently work in the building while the finishing touches are made.

Chair of the Gundersen Foundation, Dr. Stephen Shapiro, says that the project has been a long time coming.

“This began probably five years ago,” Shapiro said. “The thoughts of it started before the pandemic. We had our slow down like most people did with supply of equipment and also workers. We are the first group in what will be a larger expansion business services marketing down in this Wettstein’s facility.”

Shapiro adds that the move comes as Gundersen attempts to move non-patient related functions away from the main campus.

There is also an emphasis on sustainability. Solar panels are expected to be placed on the roof and the office currently has a wall comprised of a soundproofing material made from moss.

The entire project is funded by Gundersen Health Systems. No donor funds were used to obtain or create the space.

208K borrowers will have $3.9B in student debt discharged by Education Dept.: Here’s why