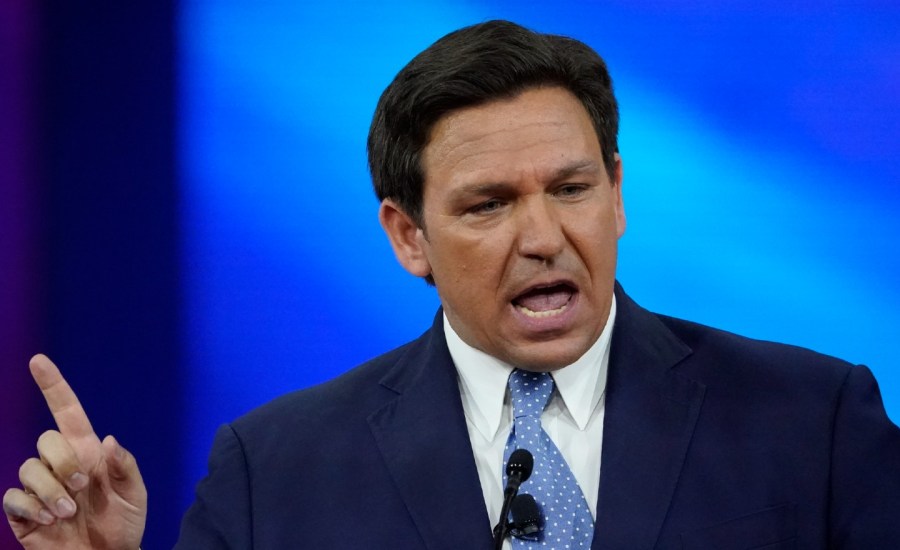 (The Hill) — A federal judge on Thursday blocked a Florida law restricting how workplaces and schools can discuss race during required training or instruction championed by Florida Gov. Ron DeSantis (R).

U.S. District Court for the Northern District of Florida Chief Judge Mark Walker issued a preliminary injunction blocking the law, known as the “Stop WOKE Act,” saying it violates free speech protections under the First Amendment and that it violates the Fourteenth Amendment’s Due Process Clause for being impermissibly vague.

“Recently, Florida has seemed like a First Amendment upside down,” Walker wrote in the ruling, comparing the law to the fictional “upside down” in the Netflix series “Stranger Things.”

The law prevents workplaces from requiring employees to attend any activity that violates any of eight concepts, like instilling that someone bears “personal responsibility” for historic wrongdoings because of their race, color, sex or national origin.

DeSantis and other Republicans promoted the new legislation as fighting back against liberals seeking to make white people feel guilty in diversity and inclusion efforts.

“In Florida, we will not let the far-left woke agenda take over our schools and workplaces,” DeSantis said during a signing ceremony in April. “There is no place for indoctrination or discrimination in Florida.”

In the ruling, Walker argued the law implemented viewpoint-based regulation on speech, noting that a nonprofit could not hold a required meeting in which it endorses the concept of white privilege while another nonprofit was free to hold required meetings criticizing the concept.

“If Florida truly believes we live in a post-racial society, then let it make its case,” Walker ruled. “But it cannot win the argument by muzzling its opponents.”

Nonprofit Protect Democracy filed the lawsuit challenging the law in June on behalf of honeymoon registry technology company Honeyfund and Ben & Jerry’s franchisee Primo Tampa, both of whom wished to require employee training prohibited by the law.

The group also challenged the law on behalf of workplace diversity and inclusion consulting company Collective Concepts and its co-founder Chevara Orrin.

“This vague law violates the First and Fourteenth Amendments by prohibiting the expression of viewpoints disfavored by government officials and chilling a wide range of speech in the workplace,” Shalini Goel Agarwal, counsel at Protect Democracy, said in a statement.

“We look forward to proceeding to trial, winning, and seeing this law permanently overturned,” she said. “It is a direct attack on American free speech values as well as on free enterprise in Florida.”

The Hill has reached out to DeSantis’s office for comment.

The American Civil Liberties Union (ACLU), ACLU of Florida and other groups filed a separate lawsuit challenging the law on Thursday on behalf of a group of students and educators in the state.

Beto O’Rourke snaps at heckler over Uvalde shooting: ‘It may be funny to you motherf—–‘