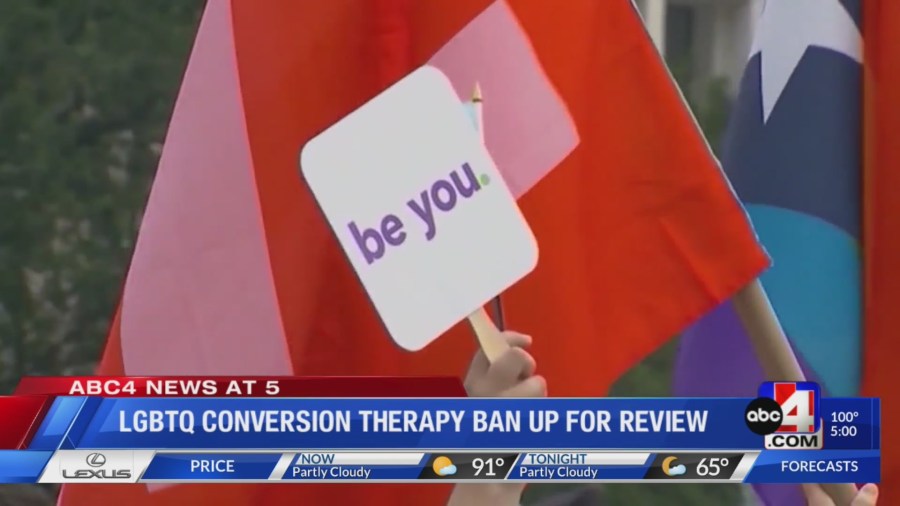 “We believe this is harmful behavior that is done through speech which should be regulated,” Marina Lowe, policy director for Equality Utah said.

Utah lawmakers discussed today where the line is when it comes to talk therapy, whether it’s protected religious or professional speech or whether it is considered harmful conduct, which is not protected.

“There is no way for a therapist or a lawyer to determine where the line is,” attorney jeffery Heath said.

“Courts that have looked as this have drawn this line that you know, exploration of treatment options, discussing things with their patients is different than actually engaging in a practice trying to change their sexual orientation or identity,” Lowe said.

“On the one hand we might be scaring therapists and on the other what are we really regulating?” therapist Jeff Bennion said.

Lawmakers also debated whether it was lawful for former governor Gary Herbert to pass the ban under the Department of Public Licensing back in 2020, when legislation for a bill banning conversion therapy failed.

“Was it appropriate? I would say no,” Sen. Jacob L. Anderegg said.

After over two hours of debating, advocates said they felt hopeful and hurt.

“Talk therapy: truly listening to children listening to those children letting them talk about it and then giving them honest opinions that’s what I’m talking about that’s what should always be legal,” Gayel Ruzicka, head of Eagle Mountain forum Utah said.

“The message that this sends to our LGBTQ youth is harmful and they need to know they are loved and perfect just the way they are and they deserve to be here and I’m tired of seeing legislation and things come about that we have to promote suicide prevention resources after,” Taryn Hiatt, area director for the Utah chapter of the American Foundation for Suicide Prevention said.