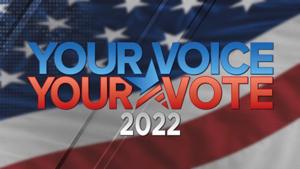 BURLINGTON (WKOW) — Adam Steen, the Republican candidate who was endorsed by former President Donald Trump and who lost the primary to Assembly Speaker Robin Vos, plans to run against Vos again.

Thursday evening, Steen announced he is running in the November election as a write-in candidate for the 63rd Assembly District.

Vos (R-Rochester) beat Steen by about 260 votes in the primary.

Steen says 2,700 people voted in the primary before he received Trump’s endorsement. In a district with many Trump supporters, Steen believes that could change the outcome in November.

“Mr. Steen recently moved into our district just to run against me,” Vos said in a statement released after Steen’s announcement. “Now that voters have rejected him, he apparently can’t take ‘no’ for an answer. He seems intent on re-litigating the primary election he lost, just like he wants to do with the 2020 election.”

“I will continue my focus on representing Racine County and fighting for the issues I heard about when I was knocking doors across the district throughout the summer: fighting the inflation brought on by Joe Biden’s disastrous policies, combating crime and keeping our communities safe, and improving education and empowering parents,” Vos said.

No Democrats are on the ballot in the 63rd District in November.