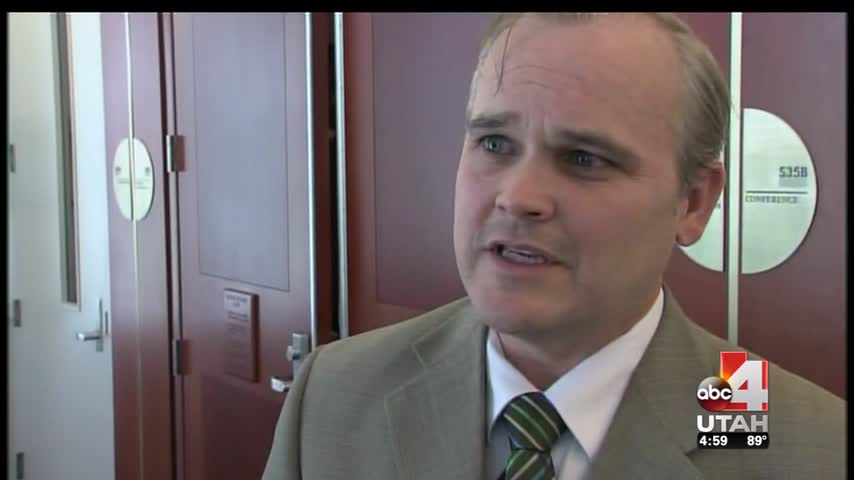 Platt committed suicide in 2016 after his home was raided by ICAC, the state’s internet crimes against children task force. He was suspected of having child pornography on his computers.

At the time, Platt was a prosecutor with the Salt Lake district attorney’s office.

Walsh made the statement during a May trial in which the Platt family was seeking to receive unredacted copies of the investigative file on Platt.

In May 2016, ICAC obtained a search warrant after tracking down the IT address to Platt’s residence.

“He said in his suicide letter how devastating that was,” said Shawn Platt. “And even if he could have and would have proven his innocence, he would always have that mark him. It was humiliating for him.”

Despite an extensive search at his home, investigators never found any evidence of child pornography and in 2018, the case was closed.

“Once we found we couldn’t access that final piece of evidence we screened it with prosecutors to get it closed,” said Leo Lucy, the attorney general’s investigator told ABC4 in 2016.

That final piece was the controversial laptop that belonged to the district attorneys office and was issued to Platt.

During the initial search in 2016, ICAC never found the device. A family member later found the laptop under the seat of Platt’s vehicle.

But it had a code that authorities said they could never crack despite taking it to the FBI and other forensics laboratories.

During the May hearing, the family attorney Paul Amann said he was concerned with the chain of custody of the laptop. He claimed the laptop was often used by his family and children and knew the code to open the laptop. Then when authorities had it in their possession, Amann said the code was unbreakable.

Then the family sought the investigative file in an effort to clear his name. The attorney general denied the claim. It was the same outcome when they appealed to the state’s record division.

In 2018, they appealed the ruling with the district court. In May, a three-day trial began with an admission from the state.

“Mr. Platt committed suicide,” said Walsh. “No evidence of child pornography was found on any of his devices.”

After six years of battling to clear Platt’s name, his family took that to mean he was innocent of the allegations.

In his final ruling he said the redactions will stay in place. It will remain confidential. The attorney general won that part of the trial. But Judge Kelly was critical with the way the search warrant was obtained.

“There’s a good chance with that egregious of an error that if it ever came to trial that evidence might be thrown out,” said Judge Kelly.

He was critical of the head of ICAC. The judge said Jessica Farnsworth lied to the state records divison when she said the entire file was sealed by the court and couldn’t be released. It wasn’t true.


What are the coolest coffee shops in Utah?

“This false declaration … is likely a matter POST (Police Officers Standard and Training review board) may need to consider … for her false testimony.”

But in his ruling he also gave the Platt family what they had been waiting to hear.

“The court finds no credible evidence was derived from Chad Platt’s home … that would support any assertion that Chad Platt was a “child pornographer” or any threat to children,” Judge Kelly wrote.
After six-years, the Platt family was satisfied that Platt’s name was cleared.

“We weren’t seeking to sue the attorney general’s office that’s not what this was about,” said Shawn Platt, his brother. “It was to clear Chad’s name so that his friends and colleagues and family knew that this was not true. Chad was an innocent man. A good man and this (trial) finally revealed that.”

Two separate agencies have independent evidence that illegal images were uploaded, and/or downloaded from the IP address at Chad Platt’s home. He lived alone.

During the course of this recent trial, the AG’s office responded to the issue at hand, which was whether the AG’s office supplied all relevant documents in response to the Platt family’s GRAMA request. The judge ruled in favor of the AG and denied the Platt’s petition regarding the investigation records. Evidence regarding the criminal case against Chad Platt was not at issue in this trial, and evidence on the underlying case was not presented.”

School lunches fight back on inflation