‘Ferris Bueller’s Day Off’ spin-off in the works; will be an alternate story 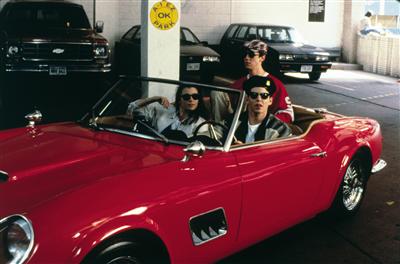 (KTLA) – Ferris Bueller is getting his own “universe.”

Paramount Pictures is planning a spin-off of “Ferris Bueller’s Day Off,” focusing on two characters whom we barely got to know in the 1986 hit comedy, Variety reported Friday.

Titled “Sam and Victor’s Day Off,” the film will focus on the two valets who took Cameron’s father’s red Ferrari for a spin through the streets of Chicago. Cameron, played by Alan Ruck, had begrudgingly agreed to pick up Bueller’s girlfriend, Sloane (Mia Sara), in the restored 1961 Ferrari 250 GT “California” after she faked a death in the family to get out of school.


Have one of these Apple devices? Update it now, experts say

If you don’t remember hearing the names of the valets, you’re in good company. They went unnamed in the movie.

It is unknown if, or how, Ferris Bueller, Cameron or Sloan will make appearances.