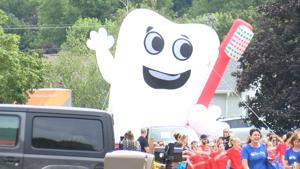 HOLMEN, Wis. (WXOW) – The 2022 Kornfest parade was held Saturday in Holmen, drawing a major crowd along the event route.

Floats with local royalty, acrobat shows, marching bands from the Holmen high and middle schools, a float with a giant toothbrush and more joined those throwing candy to children.

Sarah Boldt attended the event for the first time and says it was a good way to support the local community.

“We have done the Kornfest for a long time but this is the first time we’ve had an opportunity to parade,” Boldt said. “What better way to start out parade watching than Kornfest? It’s one of our locals. Afterwards, we’re headed to the festival and having corn on the cob for lunch.”