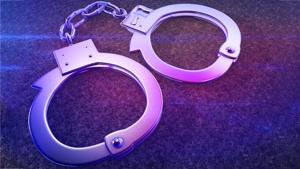 PRAIRIE DU CHIEN, Wis. (WXOW) – A Crawford County Sheriff’s Investigator working on one case ends up with a new one with the arrest of two people on drug charges.

The Crawford County Sheriff’s Office said that on Sunday, an investigator was following up with the landowners regarding a theft investigation. He was at a property in the Town of Marietta.

While he was there, he came across a suspicious vehicle parked on the property. The driver, who the sheriff’s office said had signs of impairment, gave a conflicting story to the investigator. Eventually, the driver, identified as 34-year-old Robert Haskin of Boscobel, admitted he was going to trespass on the property to hunt for ginseng.

Based on Haskin’s impairment, the investigator called in a K-9 unit, which ended up alerting for drugs in th vehicle. Methamphetamine and a glass pipe were found in the vehicle. Haskin was arrested.

A DNR Warden on scene searched the area and found a woman hiding in the woods. 21-year-old Miranda Rabe of Blue River was taken into custody on an active arrest warrant from the Department of Corrections.

Both Haskin and Rabe were transported to the Crawford County Jail on possession of methamphetamine and possession of drug paraphernailia charges.